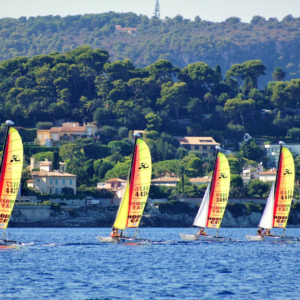 Love of the Sea: A Father and Son Story 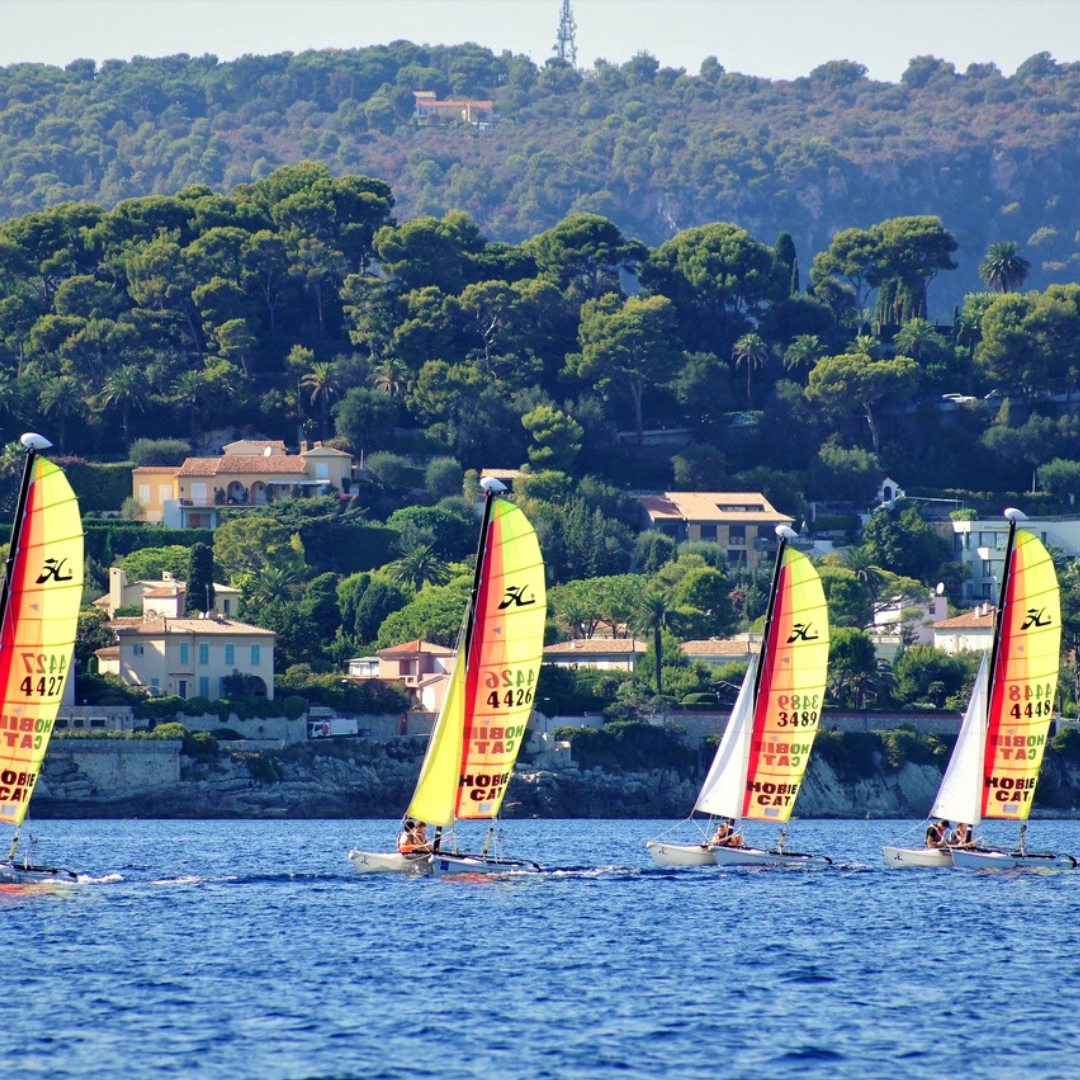 My name is Fabrice and I have been running a sailing school in Beaulieu “Yacht Club de Beaulieu” for 15 years and have spent about the same number of years as the happy father of Thomas, my 14-year-old son! Since his birth, I've shared my love of the sea with him. First by kayaking, well harnessed in his life vest in front of me and then little by little on the zodiac sharing the pleasure of going diving in the water or even as an "instructor helper" when I was in class and he accompanied me! He even started windsurfing at the age of 4, proud and happy to be with his father and to run with the wind on a board of which he didn't even touch the wishbone but where he felt like the king of the world.

At the age of 7, serious activities started. Enrolled in optimist classes at the Yacht Club de Beaulieu, Thomas learned the basics every respectable sailor knows, helm, adjusting the sail, understanding the wind. I must say that he was quite resourceful and even gifted but being alone on his boat was not his thing so I took him with me on a sports catamaran. We were a hell of a team. I was happy to have those moments with him and he was reassured being with me. After a few training sessions, we decided to go on a small regatta at the Lac de Sainte Croix, not the Vendée Globe but rather the kind of family regatta where parents and children compete around an island on the cool turquoise waters that flow from the Gorges du Verdon. As family friendly as it is, stress is present and even if only for pride, trying to win is important. Thomas became invested in the regatta and took control of the boat. Focused on setting the sails, observing the water and other boats, Thomas was at full strength and I was proud of him. This kind of regatta is all about atmosphere, the children compete against each other and then swim together in the lake, paddle and play at the water's edge: essentially a sports vacation. 2 days of exchanges, living together, sailing, creating links, getting to know each other better, evenings spent talking by the fire, sleeping in tents for some or in a van for the lucky ones of which we are a part; a van that takes us on the roads from sea to mountain, our refuge, our freedom!

In short, two days so wonderful that we went back the year after and then the year after. It is now our annual sporting event where we regroup as father and son to sail and escape. The kind of good times that every father should spend with their son to get to know each other and to create memories that help look forward to the future during a lockdown!

Author : Guest of the week, Fabrice has been running a sailing school in Beaulieu, the "Beaulieu Yacht Club" for 15 years and is the happy father of Thomas, his 14-year-old son!