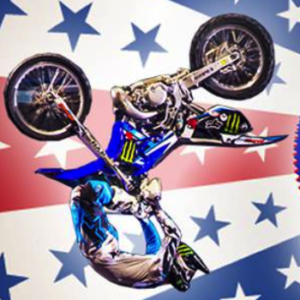 Nitro Circus Moto Mayhem, which will be a massive hit with parents and kids of all ages, is coming to Nice on Wednesday the 24th of June 2015 at 8pm.

This live show is returning to stadiums accross Europe in 2015 with a flamboyant new show: Nitro Circus: Moto Mayhem. 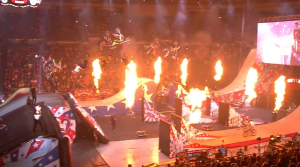 Starring Travis Pastrana one of the world’s biggest stars of freestyle motorcross and BMX. There are many other stars besides Travis Pastrana notably the master of the double backflip and holder of the title “X fighters” Josh Sheehan, Adam Jones gold medalist of the X Games, Blake “Bilko” wiliams, Cam Sinclair and many other champions in this field. As well as FMX, BMX and skateboarding Nitro Circus will have snowmobiles, quads, mini motorbikes and loads of other motorised engine vehicles. If it has a motor it will be there!

Revolutionary technology designed ramps will astound fans of BMX as motorised vehicles fly through the air in this spectacular acrobatic display.

Note: It is possible to reserve parking in advance.

It looks like it’s going to be a fabulous show!!!!