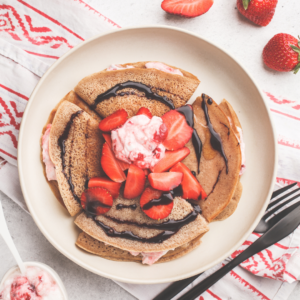 Traditions : What is La Chandeleur?

Simply put: It’s a religious holiday in France celebrated by eating a lot of crêpes. 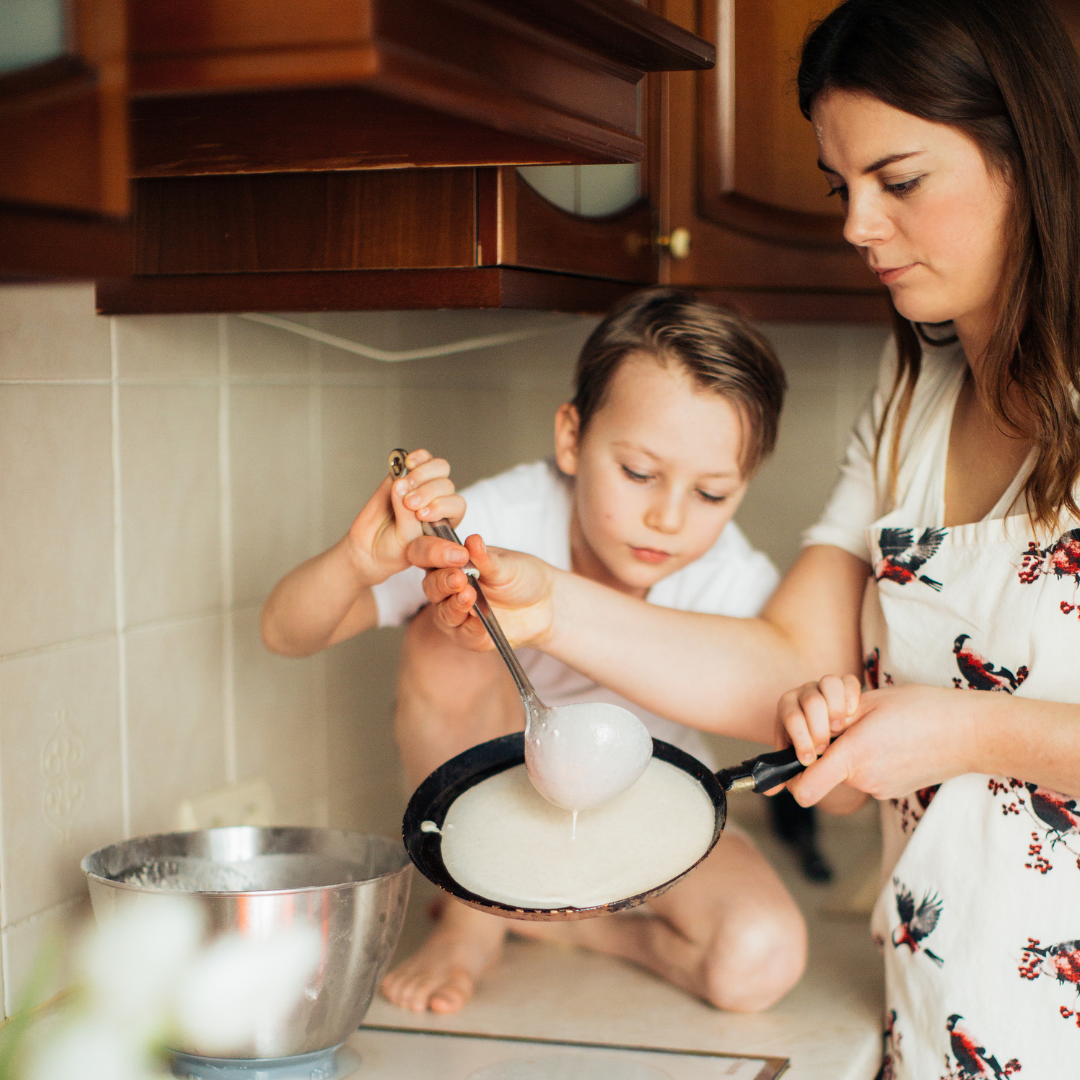 La Chandler is a religious holiday celebrated on the second of February in France, mainly celebrated by eating A LOT of French crêpes.

Crêpes look like the sun. This symbolic shape was a way of looking forward to the end of winter and the days getting longer. It was also a good way to use up any leftover wheat before the new harvest.

Why February 2nd? The religious aspect

On this day it is said that Jesus was presented at the temple in Jerusalem.

Originally, like so many religious holidays, La Chandeleur was adapted from pagan traditions celebrating the fertility of the earth and the beginning of the end of winter.

History tells us of candle light processions which took place on this day in Rome in the 5th century where Pope Gelasius is said to have handed out galettes (a type of salty crepe) to travellers passing through Rome and another link to the custom of eating crepes on the 2nd of February each year.

In my family, every year we skip our main dinner and just have crêpes and the kids absolutely love it! ….well as long as there is Nutella involved which there is – loads!

La Chandeleur is not to be confused with Shrove Tuesday which in many countries is also associated with eating pancakes.

In France, Shrove Tuesday is called Mardi Gras and is actually a day when traditionally they ate fatty foods in preparation for fasting that began on Ash Wednesday.

So what is the traditional way to eat crêpes for La Chandeleur?

Well, they say that on La Chandeleur you can’t just whip up a batch of crêpes like you would on an ordinary day.

Instead, they are usually eaten in the evening and there are many superstitions to follow.

Now, I am not superstitious in the slightest and we don’t actually follow the superstitions but, I love that my children being English, living in France, and going to French schools know and can laugh about the superstitions and understand the real traditional French way to do La Chandeleur. I am so grateful that my children have the opportunity to have a culture that encompasses not only being bilingual but also bi-cultural.

So do you want to know some of the superstitions?

Only eat them after 8pm! (we can never wait that long!)

It’s important to toss the crêpe in the pan with your right hand while holding a piece of gold or a coin in your left – this is supposed to bring good luck.

Another (thankfully very) old tradition was to put the first crêpe in a drawer or on top of a wardrobe to attract prosperity for the coming year. I am not sure how long they left it there? I do hope it is not until next Chandeleur – Eek!

And then there are the weather superstitions:

“Quand elle est trouble, l’hiver redouble” When it is troublesome the winter will repeat its-self.

These sayings all sound much better in French, because they rhyme.

There are so many other superstitions that we can’t mention them all here but they include lighting candles, coin flipping and ashes.