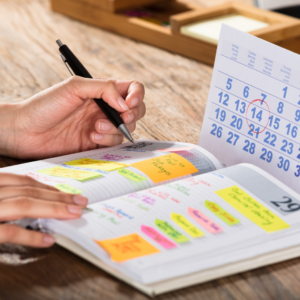 Dates for you Diary - What to do throughout July 2020

If you were expecting the Summer to be quiet with not much happening on the Cote D’Azur, then think again. As well as ample opportunities to indulge in me-time, we have researched things for everyone to do on the Riviera and the calendar for July is quite robust. There are things for everyone from theatre lovers, fitness fans, foodies, art enthusiasts, and those who love to party/dance. For August, there are not yet many events and activities planned but don't worry we will be keeping you updated as and when this information is released on our website and our blog. So take a look at this round-up of just some of the fabulous things we have found for families this summer. 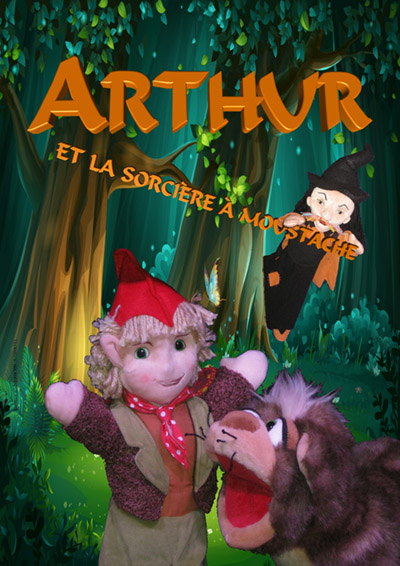 Arthur is a little boy who loves to play but today he is all alone and quite bored.

On his adventures, he meets lots of new animal friends. Zozo, a completely crazy cat, who knows how to play hundreds of games leads him through the forest. The forest is also home to a witch with a mustache who sets. trap for Arthur. TO escape from the spell cast by the witch Authur call on children in the audience to help him.

Kids will participate and help Lainy in this interactive puppet show that is full of surprises! 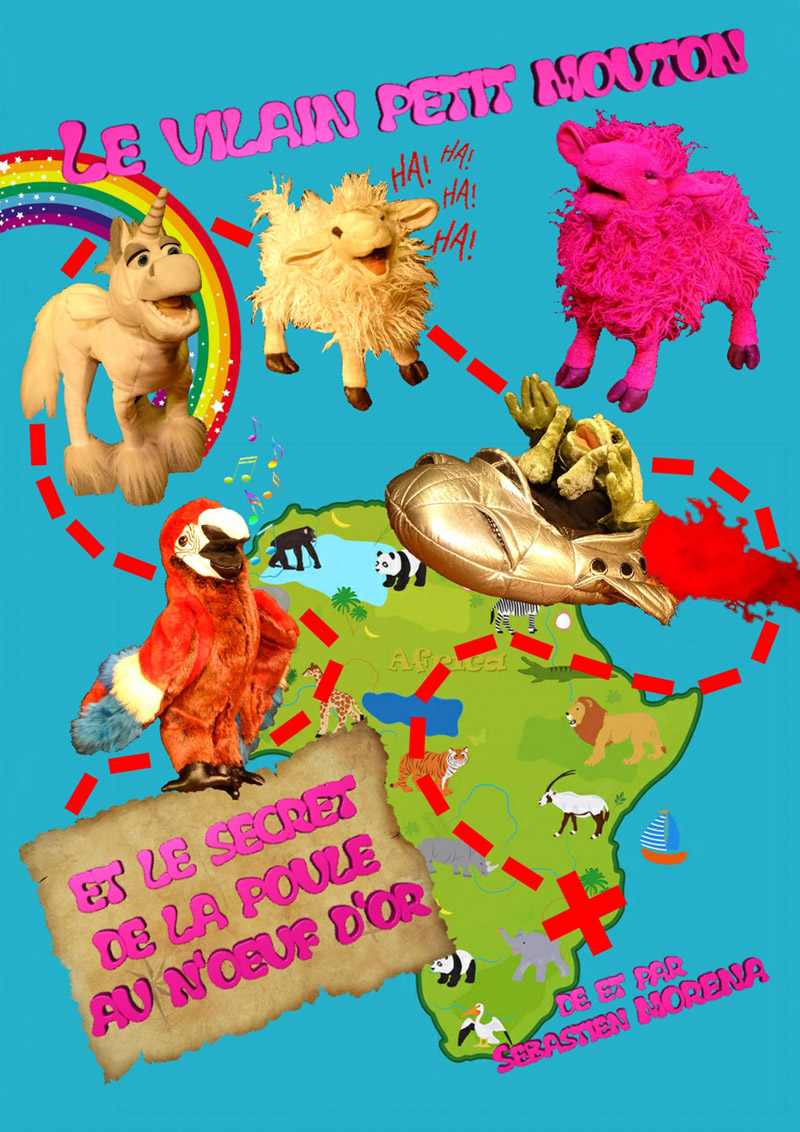 In a traveling atmosphere, enjoy the book readings of Fred Duvaud and Muriel Revellon as they take you on a journey of the imagination.

Experience a wonderful evening at the outdoor cinema in the heart of Vence, watching Fourmi, a heartwarming French film directed by Julien Rappeneau.

Théo, otherwise known as "ant", is the only son of divorced parents. At 12 Théo has always had a gift for football.when a scout from a well known British club starts to show an interest in him, he sees an opportunity to give a little bit of hope back to his father. Despite his efforts, "ant" is not selected due to this small size. He decides to lie to his father and makes him believe that he has been selected for the next season. This lie quickly gets out of control and completely changes his life and those of his nearest and dearest. 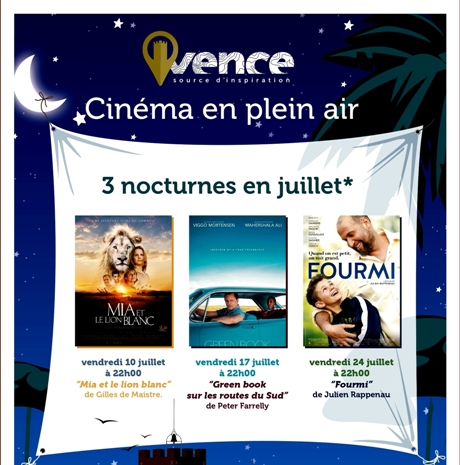 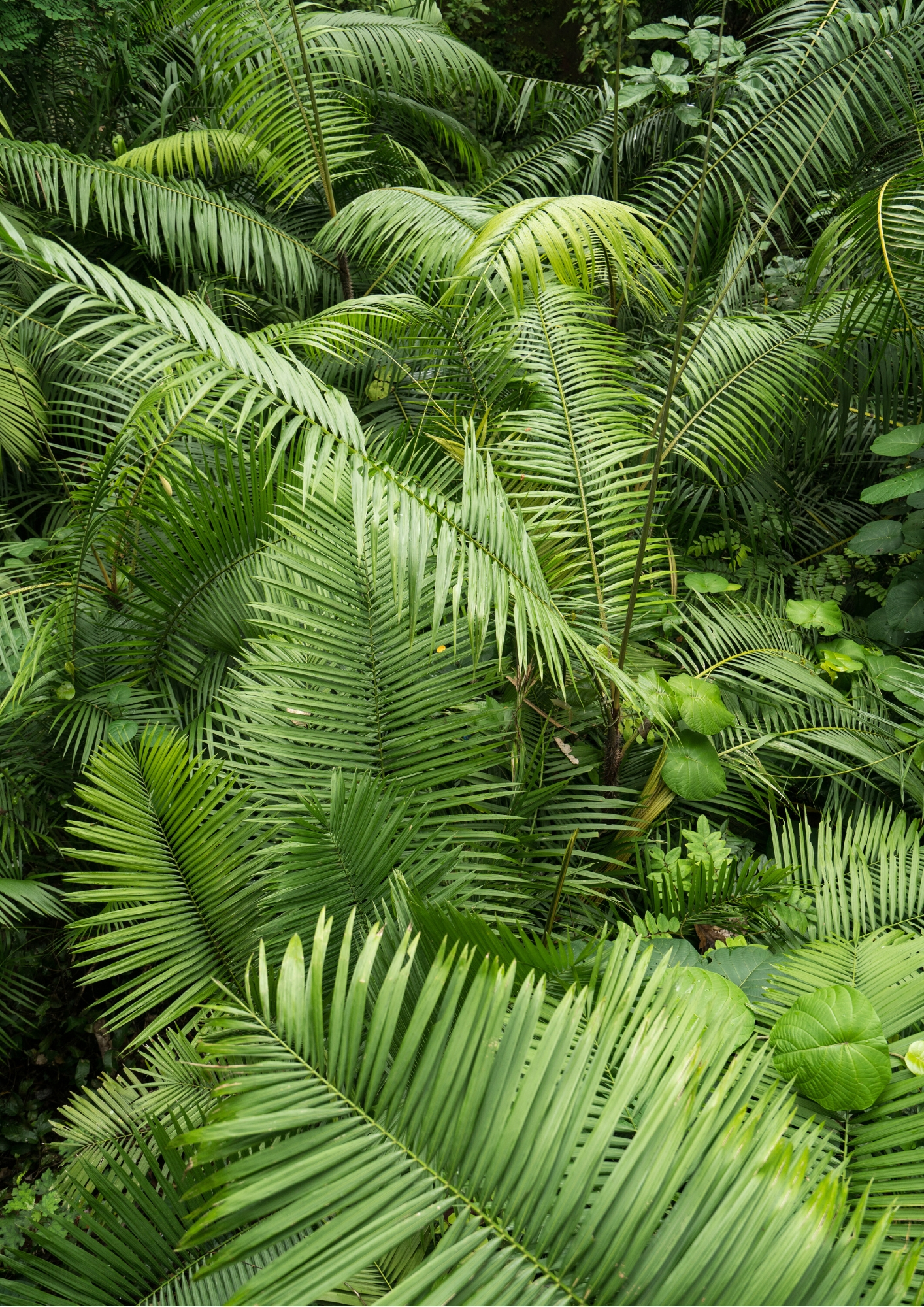 Guided Visit of the Town

Vence Tourism is offering a tour which they promote as being "at children’s level"!

Discover this original visit that explores Vence using all your senses, touching, looking, listening, and tasting. Ideal for families and kids of all ages! 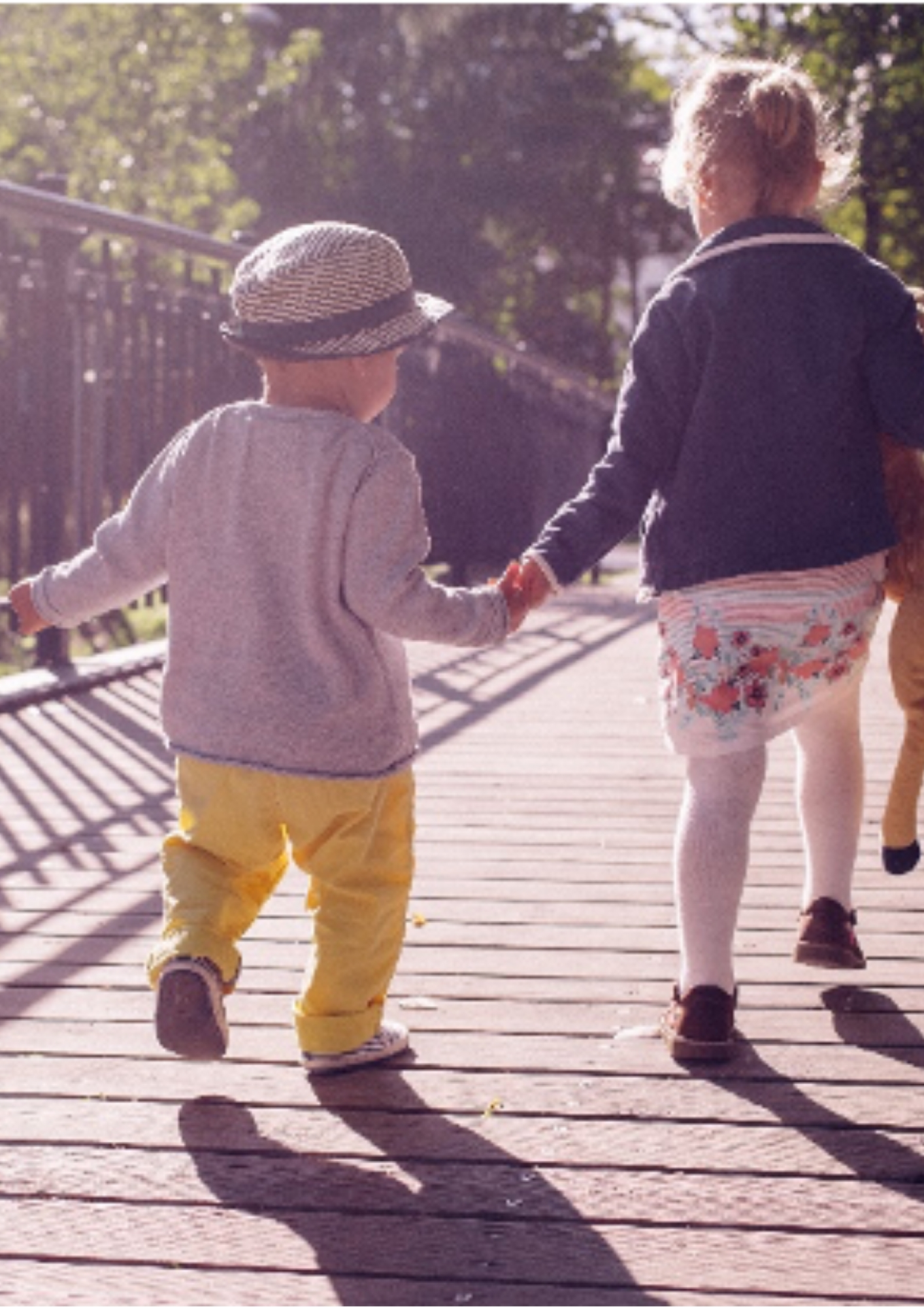 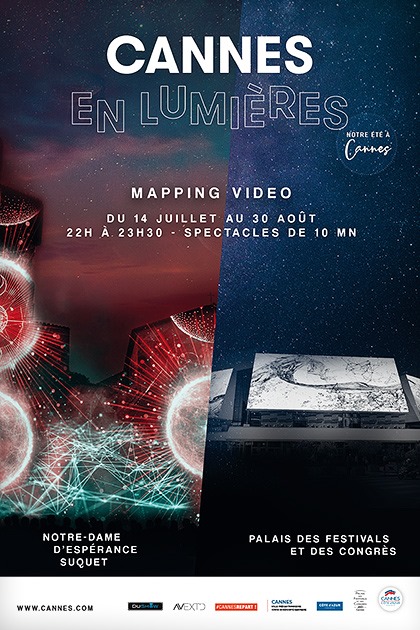 Fun for everyone  young and old, Summer Fete at Luna Park. There will be numerous attractions on the Courbertin Parking lot in  Cannes La Bocca. Open to all!

The Moonraker ! is the attraction which is attracting the most interest this year! Inspired by NASA and the training Astronauts are subjected to, It holds 40 people at a time in this enormous UFO-shaped whirlwind of flashing lights. For 5 full minutes, it spins at 2 speeds (between 10 to 18 times per minute) whilst being lifted up vertically by a metal arm. Expect to feel Force of 3-4 G in other words up to 3 to 4 times you own body weight. 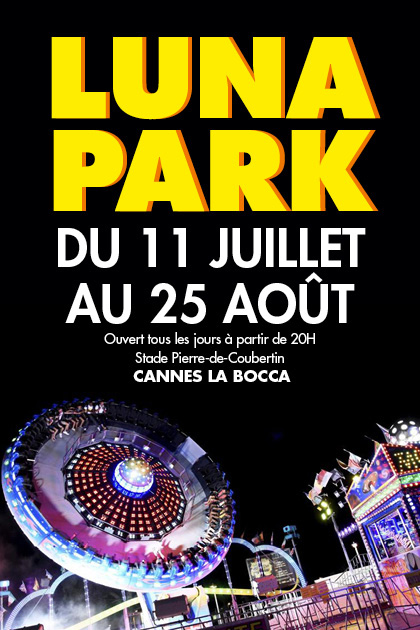 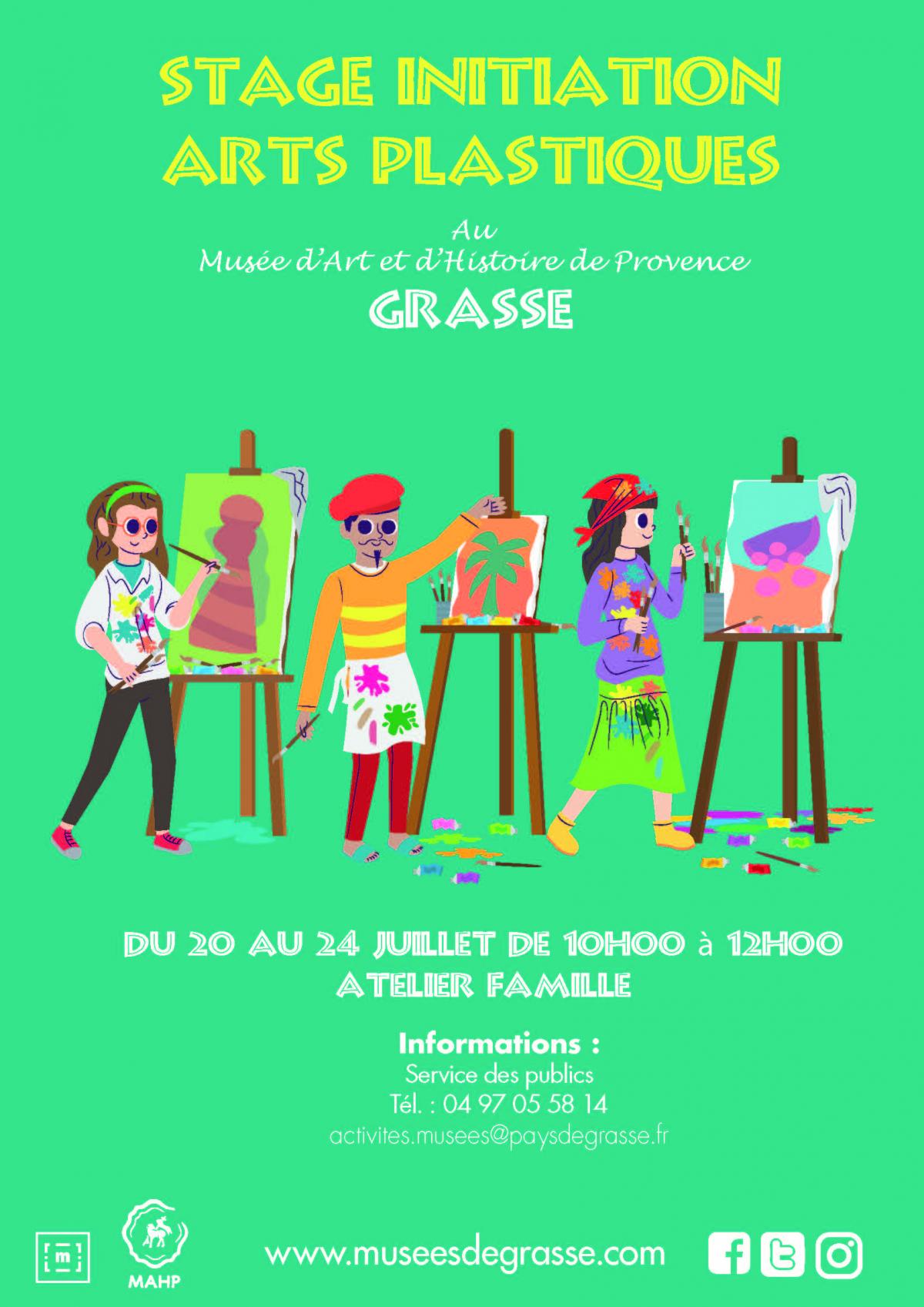 Museum of Art History of Provence

Join a family workshop at the Musée d’Art et d’Histoire de Provence. Come and learn about arts and crafts: painting, sculpture, engraving, and design in this old hotel that houses a rich collection of works of art and historically significant objects to the local area. 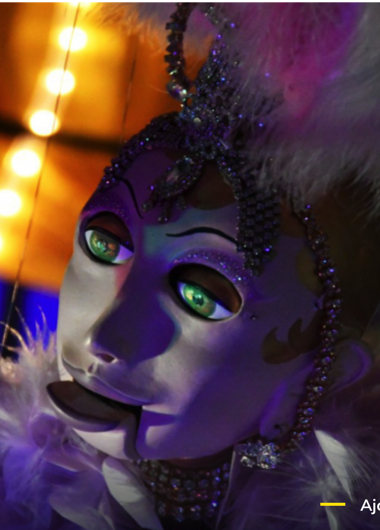 The tourist Office in Mouans Sartoux have a full program of films being played in their open-air cinema in July. (FRENCH)

In the suburbs of an imaginary universe, 2 elven brothers set off on an extraordinary quest to discover if there is any magic left in the world.

In Disney Pixar's animated movie En Avant, Ian and Barlet Lightfoot, 2 young brother elves would like the chance to spend an extra day with their missing father

Like all quests, their journey is they have to overcome setbacks, spells, obstacles. But when their mother learns of their disappearance she forms a team wih an old warrior who has the a^êarance of part lion,  part scorpion with wings of a bat known the Manticore. This magical journey filled with perilous twists and turns could take a turn that surpasses their expectations!

Marguerite et Margot are both 12 years old, each with their own families, friends problems...  And their time. Because One lives in 1942 and the other in 2020. But it's a mystical magical spell which transports them n to the other time. Margot et Marguerite have one thing in common, their father is no longer there. Disappeared in the 2nd world war. no longer lives at home. With 70 years difference they set off on a big adventure to find their way back to their own present time exploring history and also the memories of their families.

An alternative to the classic Nuits du Sud is offered at the end of July, with musical numbers and concerts taking place around Vence and in various hotel gardens.

Book your tickets online as there is limited seating.

Masks are required! Hand Sanitiser supplied at the entrance. 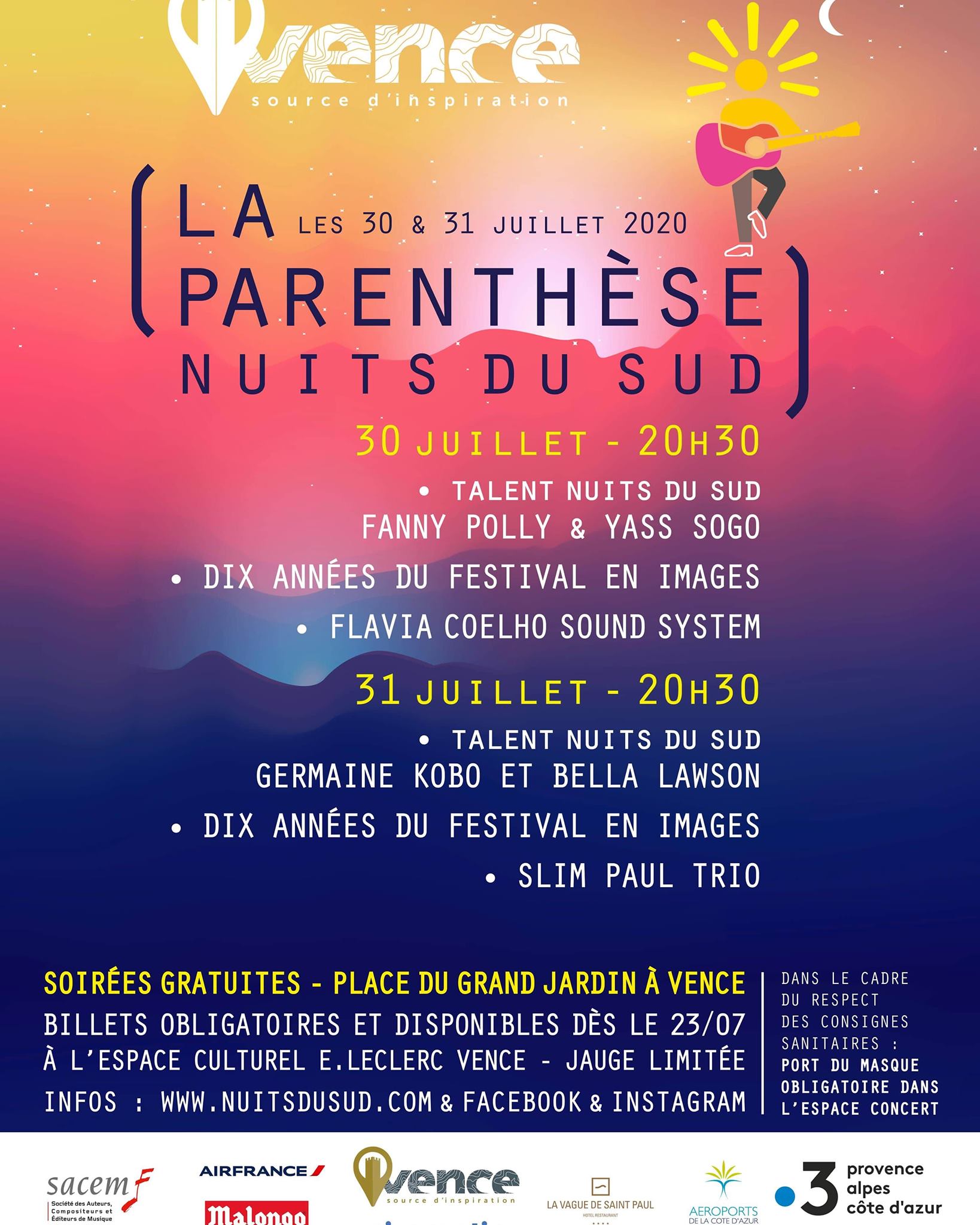 When: Wednesdays from the 15th of July to the 12th of August.

In a friendly environment, re-live life like the olden days, bring a picnic, and enjoy musical numbers on the edge of the river Loup like they did many years ago.

This brand new Exposition will give you goosebumps. Big screens to simulate a 30 minutes dive into the Great Coral Reef in Australia, and the incredible sound effects will definitely impress both you and your child. It will educate you on the impact of climate change and human behavior on the coral reef. Great way to sensibilise your children on environmental topics.